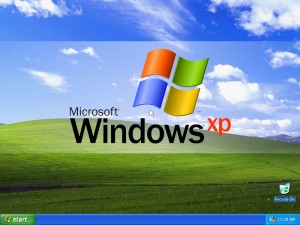 Today is the day! Microsoft have finally ended their support for their Windows XP operating system, which originally launched in late 2001 – almost 13 years ago!

Despite there having been three new iterations of Windows since then (Vista, 7 and 8), many people, particularly large businesses, have continued to use XP to this day. However, with Microsoft now officially ceasing all support, XP is no longer secure and it makes sense to upgrade as soon as possible. A lack of software and security updates will soon tell and XP users could be left vulnerable to hacking and other nastiness, so be sure to update your system!

Incidentally, today also marks the end of support for Microsoft Office 2003 too.

Quite simply, it’s time to get up to date! Get yourself a copy of the new Windows 8 operating system, or one of the alternatives like Linux and, if you don’t already use them, download and install an up to date internet browser whilst you’re at it.

Although extended support for Internet Explorer 8 is to be continued until 2020, Microsoft themselves are still suggesting that customers upgrade their browsers.

“Internet Explorer follows the support lifecycle of the Windows operating system on which it is installed. This means users on Internet Explorer 6, 7 and 8 on Windows XP will also end support. We encourage you to upgrade to a modern OS like Windows 7 or Windows 8/8.1 to receive the full security and performance benefits of a modern browser like IE10 and IE11.”

At Futuresys, we would advise going a step further and installing Firefox or Chrome. These browsers offer better performance than Internet Explorer and are both completely free. They are quick and easy to install so there’s no excuse not to be up to date.

Since you mention it, how about a new website? We’ve got some great web design packages and offer a range of other services from SEO to mobile apps and more! Get in touch today and see what we can do for you!